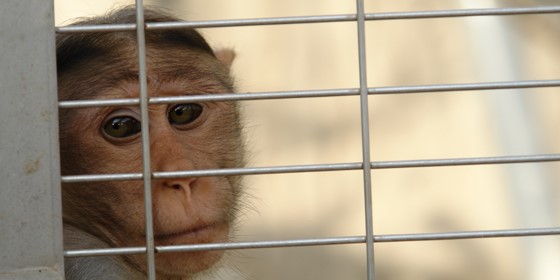 The National Institutes of Health (NIH) is in the process of developing a Strategic Plan for Fiscal Years 2021-2025 to advance its mission “to seek fundamental knowledge about the nature and behavior of living systems and the application of that knowledge to enhance health, lengthen life, and reduce illness and disability.”

As part of its planning process, the NIH solicited comments and suggestions from the general public regarding the direction it plans to take. The comment period for this request ended last week, and the agency anticipates releasing an updated NIH-Wide Strategic Plan in December 2020.

NAVS, on behalf of our supporters, used this as an opportunity to voice our concerns about the use of animals in biomedical research. We submitted comments suggesting that more emphasis be placed on the development and use of human-relevant, non-animal alternatives, and that less emphasis be directed on experiments involving non-human animals.

In our response, NAVS emphasized that:

As our country is gripped in the reality of the COVID-19 pandemic, the need to work quickly to determine strategies and treatments for human victims is clear. If the NIH continues to focus on the use of animal models for disease, time and opportunities for innovation will be lost and millions of mice, rats, dogs and primates will be sacrificed to discover disease treatments that may work in animals models, but not necessarily in the humans they are used to model.

We hope that the NIH takes our suggestions seriously and develops a plan for the future that is focused on developing human-relevant models that have the best chance of improving human health and well-being.

Help NAVS support smarter science that advances discovery, innovation and human-relevant solutions without the use of harmful, flawed and costly animal experiments by making a donation today.