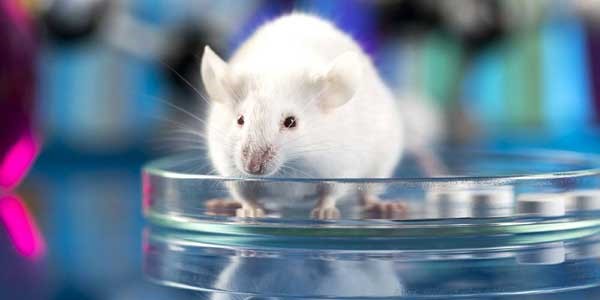 NAVS has long advocated for more transparency regarding the number of animals used in research every year, as well as the reasons for which they are used. Without reliable statistics on where, why and how animals are used in research, testing, teaching and experimentation, a constructive discussion on how well the 3 R’s—replacement, reduction, and refinement—are being implemented in this country cannot take place.

One of the most egregious transparency issues is the exclusion of mice and rats, the most commonly used laboratory animals, from the Animal Welfare Act (AWA). (Birds are also excluded from protection under the AWA.) The AWA is the primary federal law that regulates the use of animals in research. Because of this omission, researchers are not required to report on their usage numbers or purposes to the United States Department of Agriculture. As a result, no one really knows the exact number of mice and rats used in research in the U.S. every year.

A recent study published in Scientific Reports, however, attempted to determine this number.

Larry Carbone, who conducted the study, filed freedom of information act (FOIA) requests at large research institutions, asking for the number of mice and rats that they reported to the Association for Assessment and Accreditation of Laboratory Animal Care International. This organization inspects research labs and collects information on mice and rat use but keeps this information confidential.

Carbone was able to collect information from 11 public and five private institutions. Together, they comprised 16 of the top 30 facilities funded by the National Institutes of Health. These institutions reported using more than 5.5 million mice and rats, in addition to approximately 39,000 AWA-covered animals, indicating that mice and rats accounted for 99.3% of animal use at those institutions.

He then extrapolated this finding to determine mice and rat use for the whole country, given that approximately 780,000 AWA-covered animals were used at research facilities in 2018. He concluded that approximately 111 million mice and rats are used for research in the United States every year. This number far exceeds annual estimates of rodent use by most organizations and raises an important concern about protections for these animals.

“We keep telling the public, ‘Don’t worry about research animals because there is rigorous government oversight,’” Carbone noted. “But that oversight covers less than 1% of the animals in labs.” He continued, “If we’re serious about reducing the number of lab animals we use and curbing the number of painful experiments, somebody has to be keeping track of these animals. You can’t track progress if you can’t measure progress.”

Should Carbone’s extrapolation hold, the implication of these numbers is beyond shocking. The sheer number of animals whose lives are sacrificed in the name of science is a tragedy of untold proportions. While some in the scientific community have pushed back against the study’s conclusions, there is one way to eliminate doubt—by amending the Animal Welfare Act to finally include these currently ignored animals. Doing so will not immediately remove them from labs; however, it will provide them with additional protections, and will provide animal advocates with consistent, reliable information about their use. And that’s a great first step.

We commend Dr. Carbone’s efforts in determining the number of rodents used in the U.S. and will continue our own efforts to increase transparency about laboratory animal research until our ultimate goal is reached—that harmful, flawed and costly animal experiments are replaced through the advancement of smarter, human-relevant research.

Help NAVS continue to fight for transparency in animal research by joining our call to amend the Animal Welfare Act to include protections for–and an accurate accounting of—mice, rats and birds here.